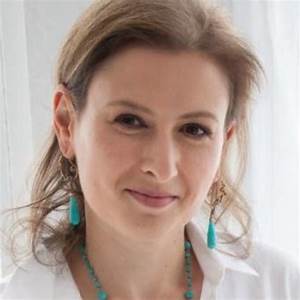 Dr. Vita Boyar as a chair of Pressure Injury Prevention group at CCMC and a Co-Chair of Northwell PU Task Force she had implemented numerous protocols in PI Prevention, achieving reduction in medical-device related and ECMO related PI. She is a Board Certified Neonatologist and Certified Wound Specialist Physician, specializing in pediatric and neonatal wound care. Dr. Boyar is an Assistant Professor of Pediatrics at Hofstra University Medical School and practices both neonatology and wound care at Cohen Children’s Medical Center of NY, Northwell Health System. She combines both specialties as a director of Neonatal Wound Services. Her neonatology research involves respiratory care and devices; it is closely intervined with her work in Quality Improvement, specializing in pressure injury (PI) reduction. Her active areas of research include the use of natural products in pediatric population and education on injury prevention. 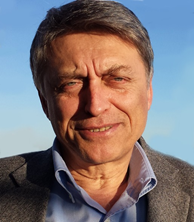 Boris Gramatikov obtained his Dipl.-Ing. degree in Biomedical Engineering in Germany, and his Ph.D. in Bulgaria. He has completed a number of postdoctoral studies in Germany, Italy and the United States. He joined the faculty of the Biomedical Engineering Department of The Johns Hopkins University in 1996, and has been working in the Laboratory of Ophthalmic Instrumentation Development at The Wilmer Eye Institute since 2000. His areas of expertise include electronics, optoelectronics, computers, computer modeling, signal/image processing, data analysis, instrumentation design, biophotonics, ophthalmic and biomedical optics, polarization optics, all applied to the development of diagnostic methods and devices for ophthalmology and vision research. His team has developed a series of pediatric vision screeners. He has over 120 publications, 41 of which in high-impact peer-reviewed journals. He serves as a reviewer and editorial board member with a number of technical and medical journals 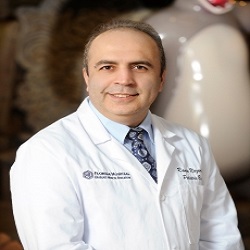 Dr. Ramin is the Medical Director of the AdventHealth Medical group. And currently serving as a professor at the University of Central Florida, USA. Experienced Consulting Editor with a demonstrated history of working in the publishing industry. Skilled in Clinical Research, Medical Education, Epidemiology, Pediatrics, and Evidence-based Medicine. Strong media and communication professional who graduated from Florida Hospital for Children, Orlando, FL. 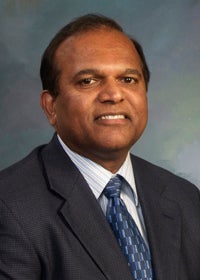 Dr Kamat is professor of pediatrics, as well as vice chair of academic affairs, in the Department of Pediatrics at University of Texas Health Science Center San Antonio. Dr Kamat received his medical and doctorate degrees from University of Bombay, India, and then completed his residency in pediatrics and fellowship training in immunology at the University of Minnesota. He is board-certified in pediatrics and in clinical and laboratory immunology. Dr. Kamat served as a professor of pediatrics and vice-chair of education in the Department of Pediatrics at Wayne State University and designated institutional official for the Children’s Hospital of Michigan. Dr. Kamat also served as director of the combined Medicine Pediatric Residency program at the University of Minnesota and as director of the Pediatric Residency Program at the Children’s Hospital of Michigan. He developed an international pathway for residents at the University of Minnesota and at the Children’s Hospital of Michigan. He has been honored with Teacher of the Year awards by medical students and residents on multiple occasions. In 2009 he received the Wayne State University Board of Governors Faculty Recognition Award, in 2010 he received the national AAP Education Award, and in 2012 he received the Excellence in Teaching Award from the president of Wayne State University. He served on the Pediatric Residency Review Committee of the Accreditation Council for Graduate Medical Education for 6 years and was also vice-chair of this committee for 2 years. Dr. Kamat is active in multiple national and international medical societies. He has authored and co-authored more than 200 peer-reviewed manuscripts, review articles, book chapters, and case reports. He serves on the editorial board of 3 journals and as ad hoc manuscript reviewer for many others. He is an editor of the American Academy of Pediatrics (AAP) first textbook, AAP Textbook of Pediatric Care. He is editor in chief of the editorial board for the AAP web site Pediatric Care Online, as well as for the Quick Reference Guide to Pediatric Care. He is co-editor of the AAP publications Textbook of Global Child Health and Common Cardiac Issues in Pediatrics. In addition, he edited Challenging Cases in Pediatric Diagnosis, also published by the AAP. 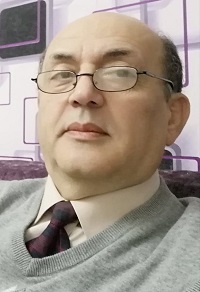 Mohamed E. Wagih is the president of the Canadian Academy of Sciences. He earned his Ph.D. from the School of Land, Crop and Food Sciences, University of Queensland, Australia in 1990 in Geneticist and Biotechnologist. He accumulated over 35 years of experience in tertiary education. Formerly, he is a Professor in the Faculty of Sciences and the Academic Advisor of Al-Baha University from Jan 2012 to Aug 2016. He had worked at the University of New Brunswick, Canada since 2008-2012, Hasanuddin University, Indonesia 2004-2006, and Executive Director of the Biotechnology Centre, University of Technology, North of Australia 1992-2004, and University of Alexandria 1978-1982, 1989-1991, and 2006-2007. He was invited as a Visiting Scientist/Professor to ULP France, GERI Egypt, ICRASAT India, IRRI Philippines, and many others. He initiated and Chaired or became a Member of Organising Committees of numerous scientific forums, and published more than 100 scientific papers in a wide range of refereed Journals, text Books and monographs. He presented research papers in over 60 international conferences worldwide and served as a member of the APEC Biotechnology Experts Group from 1997-2004 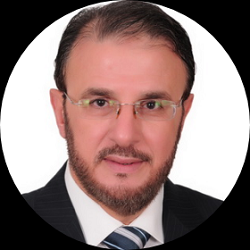 Mohamed Abdel Baky Fahmy, MD, FRCS, is head of Pediatric Surgery in the Faculty of Medicine, Al-Azhar University, Cairo, Egypt, and Editor-in-Chief, Journal of Pediatric Diseases. After studying at Al-Azhar University, Dr. Fahmy became a fellow to the Royal College of Surgeons of Edinburgh and trained in Manchester, UK before taking up his present position. His previous posts include Head of the Pediatric Surgery Department at the King Fahed Tertiary Hospital, Al Baha, Saudi Arabia, and Consultant and Head of Pediatric Surgery Nasser Institute for Research and Treatment, Cairo. Dr. Fahmy has also been registered with the British Medical Council since 1994. He was the secretary-general of Egyptian Association of Pediatric Surgeons and also a Member of the British Association of Pediatric Surgeons and American Association of Academic Surgery. Dr. Fahmy has published on a range of topics in pediatric urology and neonatal surgery in both national and international publications, with innovation in the field of continent urinary diversion. In recent years he has exhibited a great interest in rare genitourinary anomalies, and he is the author of Springer’s Illustrative Textbook of Rare Genitourinary Anomalies, 2015.

Dr. Gary L Francis is a Pediatric Medicine Specialist in San Antonio, Texas. He graduated with honors from the University Of Florida College Of Medicine in 1974. Having more than 45 years of diverse experiences, especially in Pediatric Medicine. His research activities focus on thyroid neoplasia and thyroid cancer in children. He previously served on the American Thyroid Association Treatment Guidelines Committee for Medullary Thyroid Cancer. Dr. Francis recently led a task force commissioned by the American Thyroid Association (ATA) to develop a set of guidelines for evaluating and treating children with thyroid nodules and cancer. The recently issued guidelines are the first and only set of recommendations that provide best practice standards for diagnosing and treating thyroid cancer in children ages 18 and younger. He also serves as Chair of the Data Safety Monitoring Board for closed-loop insulin trials at the University of Virginia Center for Diabetes Technology.