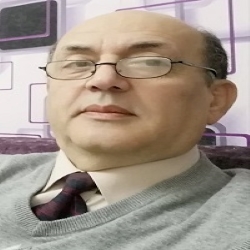 Mohamed E. Wagih is the president of the Canadian Academy of Sciences. He earned his Ph.D. from the School of Land, Crop and Food Sciences, University of Queensland, Australia in 1990 in Geneticist and Biotechnologist. He accumulated over 35 years of experience in tertiary education. Formerly, he is a Professor in the Faculty of Sciences and the Academic Advisor of Al-Baha University from Jan 2012 to Aug 2016. He had worked at the University of New Brunswick, Canada since 2008-2012, Hasanuddin University, Indonesia 2004-2006, and Executive Director of the Biotechnology Centre, University of Technology, North of Australia 1992-2004, and University of Alexandria 1978-1982, 1989-1991, and 2006-2007. He was invited as a Visiting Scientist/Professor to ULP France, GERI Egypt, ICRASAT India, IRRI Philippines, and many others. He initiated and Chaired or became a Member of Organising Committees of numerous scientific forums, and published more than 100 scientific papers in a wide range of refereed Journals, text Books and monographs. He presented research papers in over 60 international conferences worldwide and served as a member of the APEC Biotechnology Experts Group from 1997-2004.

He is working on the discovery and development of preventive and therapeutic molecules for cancer, inflammatory, neurodegenerative and infectious diseases. His special focus is on the Origin of Life.